At the Royal Wedding this past weekend, Kate Middleton was said to have recycled an Alexander McQueen dress that she wore twice before, once at Princess Charlotte’s christening and once at the Queen’s birthday party. She’s received a lot of praise but also some criticism for this choice.

If she did, I commend her! She not only tried to take the attention off of her, respecting her new sister-in-law, but she also did the unthinkable for people with money and titles. It was a bold yet simple move and I think we should all follow her direction by recycling clothing items.

It’s better for the environment.

Americans throw away over 14 million tons of textiles a year and about 99% of that can be reused or recycled but 85% of it ends up in landfills which takes the materials many years just to biodegrade. When they do finally biodegrade, they release chemicals into the environment. thereformation.com

Most of us do this but we also do it wrong. We donate items that are not gently used, often filled with holes or stains. These clothes just end up being thrown out so it does more harm than good. With these ‘holy’ items, you can make them into something new! (See number 2).

2. Make the item into something new. 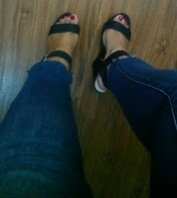 We all love Pinterest. If you’re tired of something the way it is, look up ways to transform into something you like. I’ve done this with my jeans. They were too long and boring so I gave them an uneven, frayed hem. 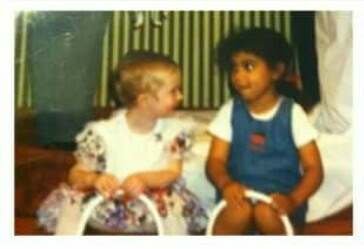 I’m a big fan of hand-me-downs.
My cousin and I would have “trade days” as kids. We would get together once a month or so with all of the stuff we didn’t want and trade with each other. She would get my Barbie’s used bikini and I would get her hot pink nail polish.

In college, my best friend would give me her clothes she didn’t wear anymore and I would make them into something new. I took the tie belt off of one shirt and made it into a sort of ascot necklace that I wear now.

I’ts OK to wear an outfit twice. Kate Middleton, a member of the British royal family, has publicly done so; I think its fine if we follow her lead. If you must, spice it up by wearing it in different ways. I do this all the time. After moving to two different countries in the past year, I’ve had to downsize my wardrobe quite a bit so I re-wear many outfits (just look at my IG). 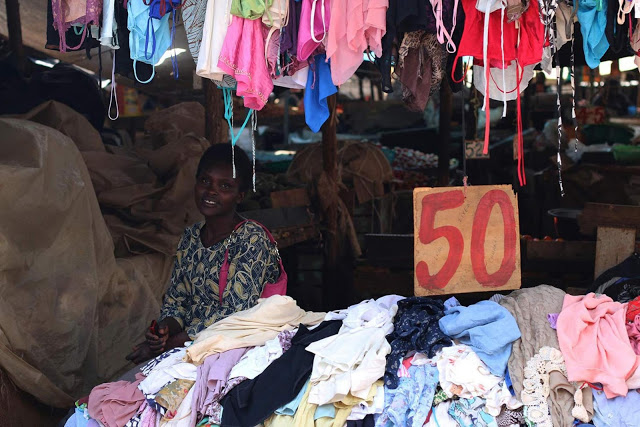 I’ve read a few articles (website URLs below) that have differing opinions about the second hand clothing market across Africa. Many clothes from Europe, USA, and China end up in Africa to be resold.

Those who are against feel that locals purchasing and reselling discarded and
unwanted clothes (clothes too shabby for Goodwill) from ‘developed countries’, stifles innovation within that country. They feel that it continues the dependence these countries have on ‘western’ countries and prevents them from creating clothing brands of their own. This market isn’t sustainable because many locals can’t afford the prices so the merchants either break-even or lose money. It’s not a consistent form of income for many of these merchants and they have to have quite a sum of capital before starting for the items and for the rental space to sell.

Those who are for feel that it creates jobs for the otherwise jobless and boosts the local economies. They also feel that its better for the environment because it allows for discarded clothes to have another chance at surviving rather than being thrown out into the landfills.

I personally love thrift shopping in Nairobi. My favorite is Toy Market. I’ve found some quality pieces for a decent price but I will admit that a lot of it is too expensive and most of ends up in landfills anyway. My friend, a native Kenyan, and I were talking about this issue and she agrees that it stifles innovation in her country but she also feels that she can’t buy clothes anywhere else that can compete. To buy new items is expensive and the quality isn’t good. To buy second hand is somewhat reasonably priced and often better quality clothing. So what’s the solution?

Are you for or against? Why or why not?

Feel free to post any articles you may find in the comments.

This site uses Akismet to reduce spam. Learn how your comment data is processed.